Get fresh music recommendations delivered to your inbox every Friday.

Kutiman - Don't Hold Onto the Clouds 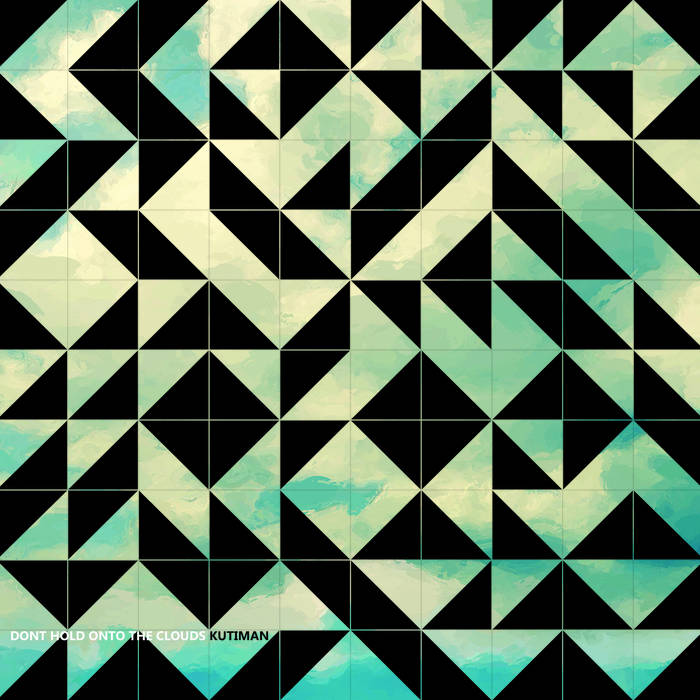 Yokrimi Very relaxing and meditating, needs to be enjoyed at the moment...and the more you listen the more it's efficient Favorite track: Behind the noise.

steve roden because it has the spirit!

In the era of the brand, Kutiman is an anomaly. A musician who’s a video artist who’s a producer who’s an animator who’s also the unwilling star of one of Israel’s most successful recent documentaries, his every record contrasts with whatever it was that came before. But that’s fundamental to his appeal: no one, not even him, really knows what to expect next. Unsurprisingly, therefore, ‘Don’t Hold Onto The Clouds’ is no different, which means it’s like nothing he’s ever done. Most artists would acknowledge this by working under pseudonyms, but Kutiman is – yes, you’ve guessed it – different again. “If I changed my name every time I wanted to do something new,” he laughs, “I think I’d have too many names!”

Born Ophir Kutiel in 1982, Kutiman released his last album, ‘6AM’, in 2016, and it found the Israel musician leaning upon the production style of David Axelrod to create what The Guardian described as “a modern amalgam of African flavoured psychedelic rock that nods historically to exotica, soul, breakbeat and jazz while recalling the diverse likes of Cinematic Orchestra, Air and Antibalas.” Inevitably, of course, ‘Don’t Hold Onto The Clouds’ sounds nothing like this. Comprised of just four tracks – the shortest of which, ‘Lucid Dream’, still clocks in at almost eight minutes – it orbits within reach of, among other styles, Ambient, Electronica, Minimal and New Age, but refuses to settle on merely one. “For me, it’s just relaxing,” he says.“For the past few years, this is the kind of music I’ve mostly listened to. I guess I’m trying to relax. Or maybe just sleep better!”

To be fair, Kutiman’s life has, for the last decade, verged on the frantic. After being discovered during the Myspace era by a small German label, he released his first, eponymous album in 2007, which, according to Pitchfork’s 8.2 review, was “a psyched-up groove monster that can't decide between vintage and modern and instead just has it both ways”. Despite its international reception, however, the LP was soon overshadowed by music he uploaded two years later onto another internet site, YouTube. For ‘Thru You’, as he called the project, he meticulously cut and pasted together clips he found on the video platform of amateur solo musicians to create seven, original, intricately arranged songs. These new videos swiftly went viral, and so remarkable was the execution of his concept that it earned a place in Time magazine’s list of ‘The Fifty Best Inventions of 2009’.

Before long, Kutiman was fulfilling both video and music commissions in Tokyo and Krakow, Hamburg and Istanbul. He performed live with his Kutiman Orchestra, even co-headlining a Tel Aviv show with DJ Shadow, and, having received invitations to remix other artist’s work – among them one from Maroon 5, though the reclusive, self-taught musician had to ask who they were – he invited others to remix Thru You’s songs as well. Finally, he embarked on ‘Thru You Too’, and in 2015 uploaded the first of these new videos, ‘Give It Up’. His working process was documented by director Ido Haar, who followed Kutiman’s progress on the quiet kibbutz where, most of the time, he lives. Haar, however, also travelled to the other side of the world to meet the song’s talented but troubled young singer, Samantha Montgomery aka Princess Shaw. He was with her in America when she learned that one of her (until then) rarely viewed a cappella videos had been sampled, and captured her subsequent joy as she watched ‘Give It Up’’s hits rapidly multiply, providing the resulting documentary, ‘Presenting Princess Shaw’, with one of its most heart-warming scenes.

‘Give It Up’ has today been viewed well in excess of 3 million times, while the film has won a number of prizes, including Best Documentary at the 2016 Israeli Film Academy Awards, and, the same year, the Audience Award at Sheffield’s International Documentary Festival. Given the simultaneous acclaim provoked by 6AM, the success might have turned his head, but Kutiman isn’t like other musicians. Despite the onslaught of publicity, he did what he always did: kept a low profile and continued to write and record, barely noticing the fuss. “I don’t really follow the press or any social networks,” he says, “so I don’t really feel any change. I get stopped on the street more often – which is sometimes nice, and sometimes a bit awkward – but I live pretty far from any big city, so I still spend most of my time just doing something creative.”

‘Don’t Hold Onto The Clouds’ emerged from such time – often lengthy periods of time – spent alone in his studio pursuing his instincts. Those instincts, he’ll happily admit, are – to say the least – capricious, and records are only finished when he’s decided they’re finished, so his home is full of multiple hard drives overflowing with fragments of ideas. This new record, however, is unusual, and not just because it reveals his love for Terry Reilly, Moondog, Alice Coltrane and William Basinski.“Sometimes music gets stuck,” he says quietly. “I’ll move on to something else before coming back to it, sometimes even a few years later. In fact, most of what I release is usually recorded a few years before. But with ‘Don’t Hold Onto The Clouds’, everything went pretty smoothly. I liked the music and the mixing and the cover, so now it’s coming out.”

Recorded live by Kutiman over the course of the last year, the album also draws upon his growing love for Indian music, and, alongside extensive use of a Juno 6, features his first, unorthodox use of a tabla his mother once gave him. “I had no clue how to even touch it,” he confesses, “so I just hit it with a stick.” The approach may have been unconventional, but the results justify the means: ‘Don’t Hold Onto The Clouds’ is meditative and enigmatic, like nothing he’s done before, and like little anyone else has done either. “I hope it will offer peace,” he smiles, adding hurriedly, “not in a big global way, but just as a break from reality. If anyone feels like head banging, I’ll be happy as well, but it actually helps me fall asleep. I can’t say that about any other record I’ve made.”

As for what comes next, Kutiman’s got as little idea as ever. Maybe he’ll return to film – he’s spent time recently working on analogue video art – or perhaps he’ll complete the vocal project he began some years ago in Africa. Possibly he’ll revisit the ‘Thru You’ concept – in 2016 he released a YouTube album, ‘Off Grid’, of free jazz and psychedelia – but he’s also been spending time in India, where he’s finally started learning the tabla. Whatever it is that follows, though, it will still be definitively Kutiman. “All I really wish is to go wherever I want without fear,” he concludes. “I might find myself writing an opera one day…!”

And that’s Kutiman for you in a nutshell: same, same, but different…

Bandcamp Daily  your guide to the world of Bandcamp